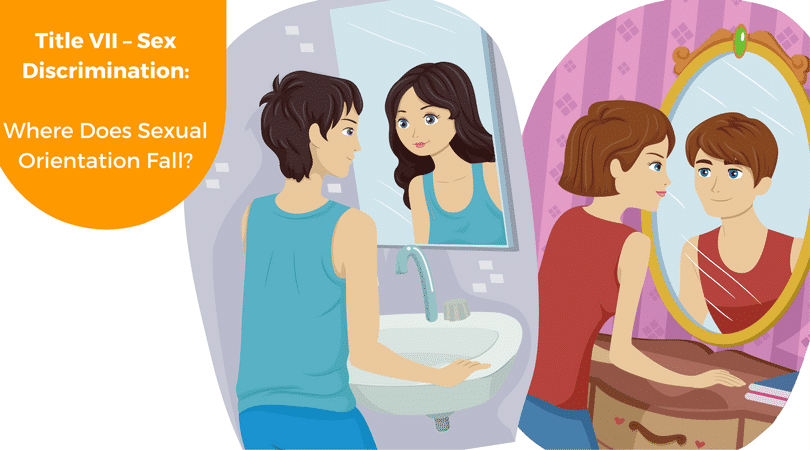 Most of my clients’ view Title VII of the Civil Rights Act of 1964 as Sex Discrimination as adverse action taken against an employee on the basis of his/her sex, male or female.  Pretty straight forward….right? Well, as of April 4, 2017, the legal waters have just gotten very muddy. The Seventh Circuit Court in South Bend, Indiana has now included sexual orientation as a form of sex discrimination under Title VII. The Eleventh Circuit Court in Atlanta, GA had previously heard a similar case and ruled that sexual orientation was not covered under Title VII as did the Second Circuit Court in New York.

What does it mean to have Circuit Courts with opposing rulings?

With one court saying YES and another court saying NO, this issue may ultimately find its way to the US Supreme Court. This type of split decision also leaves other courts with a conundrum of having two precedent-setting cases.

This case was initially filed with the EEOC by the plaintiff who was granted a right-to-sue letter on the basis of discrimination because of her sexual orientation.  The plaintiff was an openly lesbian adjunct professor at a local community college.  Over a period of five years, she applied and was rejected for six full-time positions.  Subsequently, her teaching contract was not renewed.  The court in the Northern District of Indiana initially ruled that Title VII does not apply to discrimination on the basis of an employee’s sexual orientation.  The plaintiff appealed to the Seventh Circuit Court; where a panel of judges affirmed the lower court's ruling. Subsequently, the plaintiff asked for an en banc review which included all of the judges from the Seventh Circuit Court.  This type of review frequently happens when a case is extremely complex and is considered to have significant importance.

Should this decision impact how HR handles these matters in the future?

No, making human resource/employment actions on the basis of sound business practices which include demonstrated and documented actions by an employee or financial business decisions is still the best practice.  You may, however, want to evaluate corporate policies, practices, and procedures in light of this court’s expansion of Title VII to include sexual orientation.

What does this mean for future litigation?

A potential outcome of the decision by the Seventh Circuit Court could be an increase in lawsuits claiming discrimination based on an employee’s sexual orientation. With split decisions at the appellate level, more attorneys may perceive there is greater opportunity for decisions supporting Title VII claims on the basis of sexual orientation.